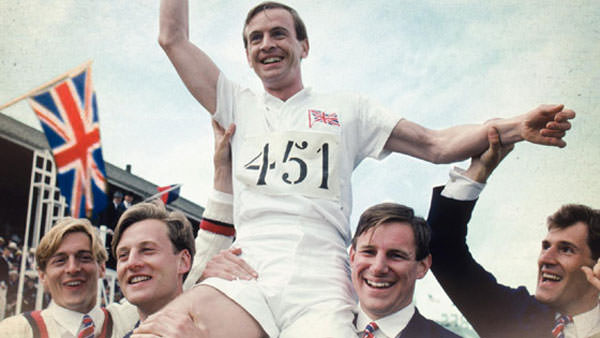 The classic movie Chariots of Fire is based on the 1924 Olympics and two prominent runners—Eric Liddell and Harold Abrahams. Both were gifted and successful athletes who carried the hopes of their respective nations on their backs when they raced. Eric Liddell was a devout Christian who represented Scotland. He was a missionary, and some believed he should give up the sport to preach, but Liddell believed that God had called him to race and to race for the glory of God. Harold Abrahams ran for Great Britain. He loved his country as well as the sport and was obsessed with winning. He studied the sport, threw himself completely into it, and made running his overarching passion.

In the movie you see a clear contrast between Liddell and Abrahams. They both run. But they run for very different reasons.

In one scene Abrahams says, “And now in one hour’s time I will be out there again. I will raise my eyes and look down that corridor, 4 feet wide, with 10 lonely seconds to justify my whole existence. But will I?”

In a different scene Liddell says, “I believe God made me for a purpose, but He also made me fast. And when I run, I feel His pleasure.”

Tim Keller, in comparing the two runners as depicted in the movie, states: “Harold Abrahams was weary even when he rested, and Eric Liddell was rested even when he was exerting himself. Why? Because there’s a work underneath our work that we really need rest from. It’s the work of self-justification.” *

Abrahams seeks satisfaction and joy in the race, and it always eludes him. Liddell finds satisfaction in Christ and experiences His joy as he runs.

Two artists paint a similar picture. One seeks joy in the painting and is never quenched. The other seeks joy in God and feels His pleasure as he paints.

Two doctors perform surgery. One performs surgery because she loves the feeling of being needed. Another performs the surgery for the glory of God, and she senses God’s pleasure as she operates.

Two parents raise their kids. One seeks joy in her children, and she builds her life on their success. If they misbehave, she is crushed as her identity takes a blow. Another parent finds her joy in God and offers her children to Him. As she parents, she feels His pleasure.

From The King’s Cross by Timothy Keller (page 43)