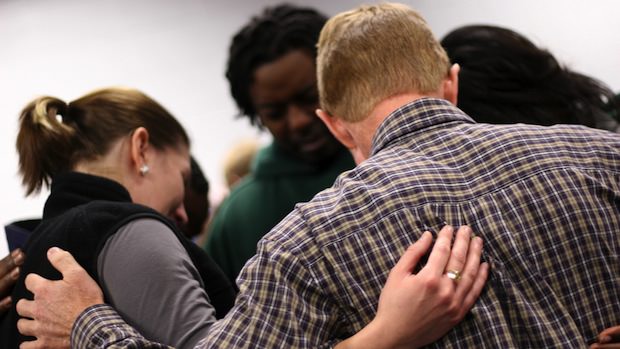 Michael Porter is a well-known expert on strategy. Porter has articulated “strategy is about making choices, trade-offs.” An effective strategist thus understands the landscape and deliberately chooses a path with awareness and understanding of the trade-offs. A leadership team that is strategic is able to say, “Here are the potential benefits and the potential pitfalls of this direction, and with those in mind, we have made the strategic choice to move in this direction.”

I have never really involved myself in the discussion that pins one against the other. Not because it is a fruitless discussion but because I believe both are an approach to helping people enjoy and benefit from Christian community. In other words, I am much more passionate about community that is rooted in Jesus than I am about the nomenclature used to describe a church’s strategy for helping people live in Christian community. Through His death, Jesus created a new community of Christians, and He matures us in community. I am for churches being passionate about that—whatever nomenclature a church uses.

So when I have used “groups” in books or articles, I have used it as the overarching term, the generic term for the strategy churches use.

Some churches challenge their people to be in a group (or whatever language they use), and they offer groups that meet on the church campus and groups that meet in homes during the week. Others, because of space limitations or other reasons, are put in a position where they are confronted with a trade-off choice between focusing primarily on “on-campus” groups or primarily on “off-campus” groups.

While I want to emphasize that theologically and philosophically I see little distinction, practically there are some trade-off implications to the decision. When making directional decisions, wise leaders understand the trade-offs before those decisions are made, and then they work to minimize the inherent downside of the direction they chose.

1. Greater and easier assimilation: It is much easier to move people to a group that meets on the church campus because the people are used to coming to the church campus, and they may already be there when the group meets. If you are one of those church leaders who bash “traditional approaches,” drink these data points in for a moment and rethink your position that everyone else but you and your crew just doesn’t get it:

2. Easier coaching: On-campus groups enable a “groups coach” or staff member to more easily check in on groups and group leaders as many of the groups are meeting at the same time and at the same place.

3. Built-in programming for the kids: One of the biggest challenges of groups that meet in homes is what to do with the kids.

4. A clear start/stop time: You can accuse the host of being un-relational, but not every small group host loves having 3.5 hour group meetings followed by further conversations with a few laggards who don’t pick up on the social cues that the dishes have been washed and the husband has put on his pajamas.

So if you are a church leader who has space available on Sunday mornings for your people to meet (and the parking spots to go with it), you should consider using it. I would use every nook possible to get people into biblical community.

Tomorrow I will give practical benefits of groups that don’t meet on the church campus. Again, my goal is not to advocate one over the other—I don’t—but to help leaders understand there are some practical trade-off decisions that are being made. And if a church leadership team can recognize the embedded trade-offs, they can work to minimize the downsides of their approach.

For resources on groups, whether they meet on-campus or off-campus, check out groupsmatter.com.