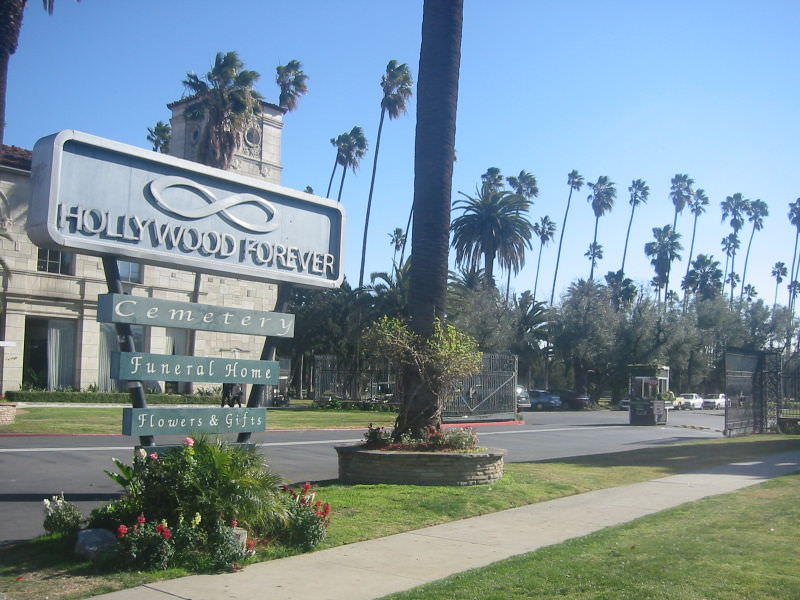 I learned of the Hollywood Forever Cemetery reading Tim Chaddick’s book Better, written on the Book of Ecclesiastes. Chaddick, who pastors in LA, drives by the Hollywood Forever Cemetery regularly. Out of curiosity, I wondered how much a plot would cost. With a few clicks on the Internet, I discovered there is a market for plots next to famous people.

For example, in 2009, the vault above Marilyn Monroe sold for 4.6 million dollars. On eBay! Richard Poncher was initially buried above Marilyn Monroe (reportedly he promised to haunt his wife if he wasn’t buried there), but because his widow needed the money, she had her late husband moved and sold the vault. Hugh Hefner bought the vault next to Monroe in 1992 for $75,000. Evidently many people want to buy a cemetery plot or vault next to a famous person. A lot is invested in being remembered.

Perhaps those who purchase vaults next to the famous believe it will help them be remembered forever. Perhaps they think that it will extend the life of their names. Perhaps they believe they can prove Solomon wrong. Yet when I scrolled through the list on Wikipedia of those buried at the Hollywood Forever Cemetery, I recognized less than 10% of the names. And someone 100 years from now will recognize fewer names than I recognized. The famous are buried at the Hollywood Forever Cemetery, but their names will not be remembered forever.

It is a waste and absolute futility to pursue our names being remembered here. We gain nothing. What we do “under the sun” will have no eternal gain, no everlasting significance. But what we do in Christ and through Him lasts forever. As we live for Him and serve Him, by His grace, we are collecting for ourselves treasures in heaven that won’t rust and can’t be sold or stolen. We will receive a crown that will last forever.

The world constantly invites us to buy a cemetery plot next to the famous, to focus on the temporal. The Lord invites those of us who have been raised with Christ to set our minds on things above. As C.T. Studd penned:

Only one life, ’twill soon be past,
Only what’s done for Christ will last.