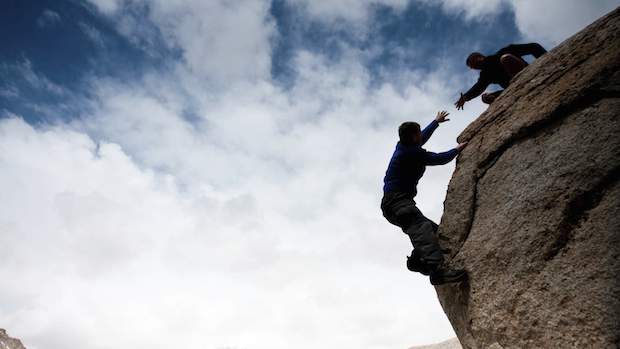 The early church experienced favor among people in the broader culture (Acts 2:47). As they met together and cared for one another (Acts 2:44-46), the world took notice. John MacArthur, in his commentary on Acts, states, “Some of the reasons the early church found favor with the common people can be discerned from the apology written by the philosopher Aristides early in the second century.”

Aristides presented his apology to a Roman emperor, and below is a section of it. It is a fascinating read and shows how distinct and attractional the lives of early believers were:

Now the Christians, O king, by going about and seeking have found the truth. For they know and trust in God, the Maker of heaven and earth, who has no fellow. From him they receive those commandments which they have engraved on their minds, and which they observe in the hope and expectation of the world to come.

For this reason they do not commit adultery or immorality; they do not bear false witness, or embezzle, nor do they covet what is not theirs. They honor their father and mother, and do good to those who are their neighbors. Whenever they are judges, they judge uprightly. They do not worship idols made in the image of man. Whatever they do not wish that others should do to them, they in turn do not do; and they do not eat the food sacrificed to idols.

Those who oppress them they exhort and make them their friends. They do good to their enemies. Their wives, O King, are pure as virgins, and their daughters are modest. Their men abstain from all unlawful sexual contact and from impurity, in the hope of recompense that is to come in another world.

As for their bondmen and bondwomen, and their children, if there are any, they persuade them to become Christians; and when they have done so, they call them brethren without distinction.

They refuse to worship strange gods; and they go their way in all humility and cheerfulness. Falsehood is not found among them. They love one another; the widow’s needs are not ignored, and they rescue the orphan from the person who does him violence. He who has gives to him who has not, ungrudgingly and without boasting. When the Christians find a stranger, they bring him into their homes and rejoice over him as a true brother. They do not call brothers those who are bound by blood ties alone, but those who are brethren after the Spirit and in God.

When one of their poor passes away from the world, each provides for his burial according to his ability. If they hear of any of their number who are imprisoned or oppressed for the name of the Messiah, they all provide for his needs, and if it is possible to redeem him, they set him free.

Such, O King, is the commandment given to the Christians, and such is their conduct.

(The Apology of Aristides, translated by Rendel Harris [London: Cambridge, 1893].)