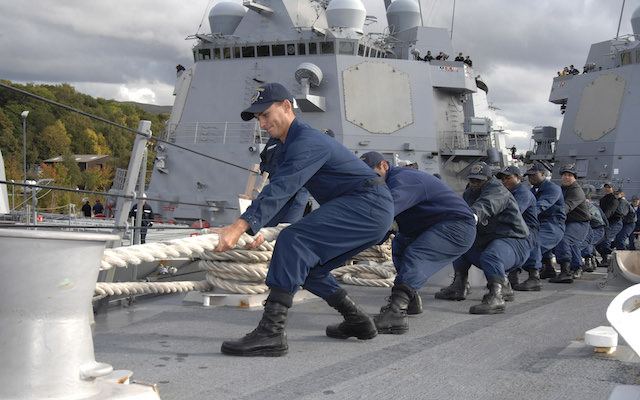 When most people hear the word leadership, they think of the relationship between the leader and those he/she is responsible for, serves, and shepherds. But when we understand leadership as Oswald Sanders describes it—as “influencing others”—we must include “leading laterally.”

Lateral leadership is the Achilles heel of some leaders. Because they lack the ability to influence, garner support, and relate well to their peers, they are unable to move things forward as their area of responsibility is more interconnected to the entire organization/ministry than they acknowledge.

So how does one lead well laterally?

Your area of responsibility impacts all the other areas, often more than you realize. If your department/team is constantly surprising the rest of the organization, you will quickly lose credibility. Communicate. Keep those you serve alongside laterally up to speed on the important initiatives in your area. It allows them to come alongside you, to spot areas of integration, and to communicate to their teams.

Instead of viewing yourself as only needing to follow the direction of your supervisor, take the posture of humility with those leaders you serve alongside. They are in areas of responsibility that are different than yours, so submit to their wisdom and knowledge in those critical disciplines. Or as the apostle Paul states, “Do nothing out of rivalry or conceit, but in humility consider others as more important than yourselves. Everyone should look out not only for his own interests, but also for the interests of others” (Philippians 2:3-4).

Look for opportunities to help those on your team win. Ultimately we serve because Christ first served us, but serving those you serve alongside will also build trust and partnerships that will serve the entire organization well.

If the team that you serve alongside does not trust you or doesn’t like you, it will be almost impossible to thrive in your role. To lead well laterally—share, submit, and serve.