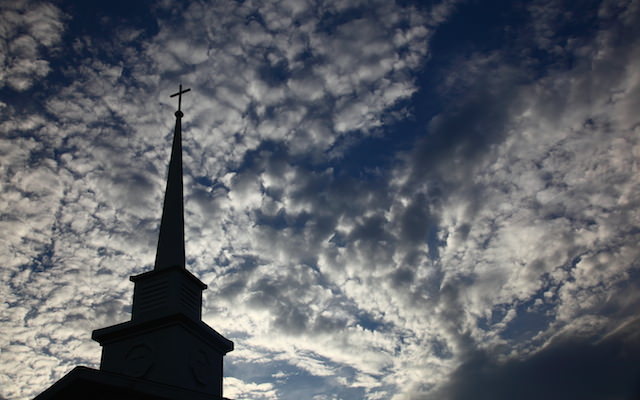 Titus was not circumcised because if he had been, people would have understood circumcision as necessary for salvation. Heretics had entered the early churches and were insisting that Jesus was great for salvation if you were also circumcised. In other words, Jesus was not sufficient. His work on the cross was not the finished work. There needed to be more works, including adherence to the law and circumcision. They were blending Judaism and Christianity and encouraging Gentile Christians to become Jewish. Paul did not give in even for an hour so that the truth of the gospel would be preserved (Galatians 2:5). The apostle Paul and Titus held their ground. Jesus is enough. Circumcision is not necessary.

But later, Paul encouraged Timothy to be circumcised (Acts 16:1-3) so that the Jewish people would be more receptive to their message. Timothy was half-Jewish, unlike Titus who was fully Greek. Because of his dual heritage, Jews would be more likely to listen to him if he were circumcised. So for the sake of advancing the gospel, he was.

1. If we emphasize what we do to advance the gospel, we may unintentionally fail to preserve the gospel.

Having a band or a choir in robes is not what brings God’s approval. Dressing up or dressing down does not contribute one iota to our standing before the Lord. Participating in social initiatives or proclaiming a heart for the city does not qualify us before Him. If we over-emphasize these actions and others, though they may be good and important, we may subtly give people the impression that these things are what give us our identity and our approval before God, instead of Jesus’ life and death for us.

I see abuse on both sides of each situation. The cool, edgy pastor who talks incessantly about how casually his church dresses, about how “real” they are, gives the impression that their authenticity, their approach, is what qualifies them before the Lord. In the same way, the pastor who boasts about “his church never adjusting to the culture” gives the impression that the church’s steadfastness in issues such as dress and music is their justification, rather than Christ’s righteousness given freely. The leader who emphasizes the church’s work in the city, apart from a response to the work of Christ, sets up “our church” as the only one that “gets it,” and the mission becomes a burden and a means to gain God’s favor instead of a response to His grace.

We must be careful not to drift into the sin that plagued the Galatian church, namely, placing anything other than Jesus as essential for our approval before God. Doing so sets up another gospel, which is really no gospel because it gives people something to do to earn God’s favor instead of relishing what Christ has done.

2. When the gospel is preserved, there is liberty in how we advance the gospel.

Because the gospel was so important, Paul and Timothy were willing to culturally adapt, to “become all things to all people,” so that by every possible means some would be saved (1 Corinthians 9:22).

It is one thing to believe you need to play a certain style of music or dress a certain way at church or participate in a mission endeavor for God to be pleased with you and another thing entirely to do so because the people in the community will be more likely to listen. Because our dress, our music, our community engagement, and our approach are not what qualify us before God, we are free to adjust to our cultural context so the gospel will be advanced. But as we do so, we must not find our identity in our approach. To do so is to drift.

Previous Post: « When a Church Stops Reaching Its Community
Next Post: The Apostle Paul and the Curse of God »