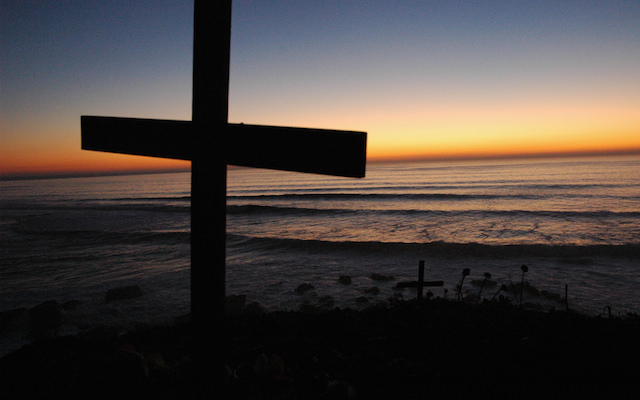 In the Book of Galatians, we find the apostle Paul was astonished and unsure of what to do with the Galatian believers. At one point, they were overwhelmed with God’s grace expressed toward them. But they had drifted from grace and were attempting to earn God’s approval and qualify themselves to stand before Him with works of the law, with adherence to a religious calendar, and with circumcision. When they were in awe of Jesus, they received Paul well and expressed great love toward him. But now that grace no longer stirred their hearts, they were fighting amongst themselves and treated Paul like an enemy. They had lost their awe and appreciation for Jesus, so he asked them: “What happened to this sense of being blessed you had?” (Galatians 4:15).

He gave Himself for our sins to rescue us from this present evil age. (Galatians 1:4)

And we have believed in Christ Jesus so that we might be justified by faith in Christ and not by the works of the law. (Galatians 2:16)

3. He was crucified for you.

You foolish Galatians! Who has hypnotized you, before whose eyes Jesus Christ was vividly portrayed as crucified? (Galatians 3:1)

4. He has given you His Spirit.

Did you receive the Spirit by the works of the law or by hearing with faith? (Galatians 3:2)

5. He has worked miracles among you.

So then, does God supply you with the Spirit and work miracles among you by the works of the law or by hearing with faith? (Galatians 3:5)

Christ has redeemed us from the curse of the law by becoming a curse for us. (Galatians 3:13)

7. He gave you His righteousness.

For as many of you as have been baptized into Christ have put on Christ like a garment. (Galatians 3:27)

When the time came to completion, God sent His Son, born of a woman, born under the law, to redeem those under the law. (Galatians 4:4-5)

So you are no longer a slave but a son, and if a son, then an heir through God. (Galatians 4:7)

Do these overwhelm us? Are we not filled with gratitude for Jesus and what He has done? Where, then, is our sense of blessedness?

Previous Post: « 3 Steps in a Language Audit
Next Post: The Faith of a Servant or a Son? »