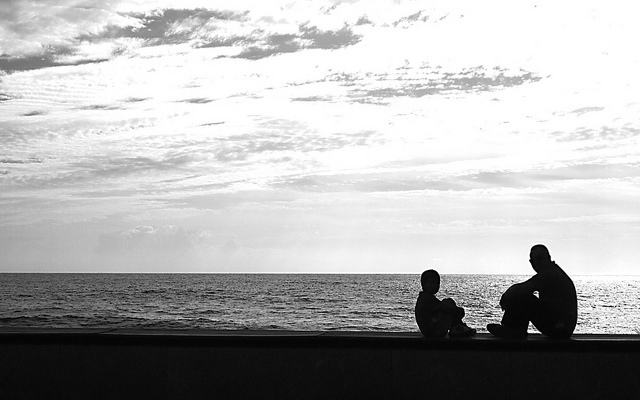 Many people relate to God as a slave and not as a child. They seek to appease Him with their good deeds, to earn His favor with their good works, and to justify themselves before Him with their own righteousness. For years John Wesley approached God this way before trusting Christ and Him only for his salvation. John Stott, in his commentary on Galatians, wrote of Wesley:

Wesley and his friends visited the inmates of the prisons and work-houses of Oxford. They took pity on the slum children of the city, providing them with food, clothing and education. They observed Saturday as the Sabbath as well as Sunday. They went to church and to Holy Communion. They gave alms, searched the Scriptures, fasted and prayed. But they were bound in the fetters of their own religion, for they were trusting in themselves that they were righteous, instead of putting their trust in Jesus Christ and Him crucified. A few years later, John Wesley (in his own words) came to “trust in Christ, in Christ only for salvation” and was given an inward assurance that his sins had been taken away. After this, looking back to his pre-conversion experience, he wrote: “I had even then the faith of a servant, though not that of a son.” Christianity is a religion of sons, not slaves.

We are no longer slaves because:

When the time came to completion, God sent His Son, born of a woman, born under the law, to redeem those under the law, so that we might receive adoption as sons. And because you are sons, God has sent the Spirit of His Son into our hearts, crying, “Abba, Father!” So you are no longer a slave but a son, and if a son, then an heir through God. (Galatians 4:4-7)