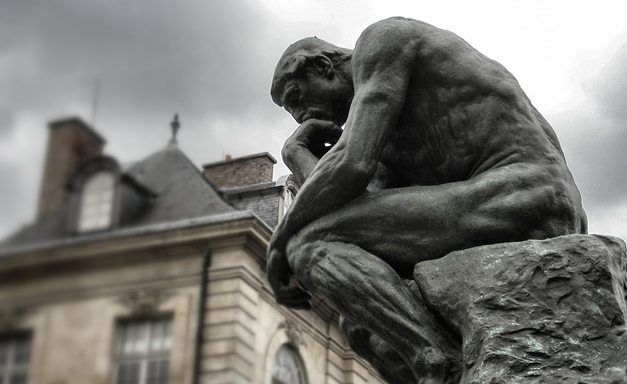 Aristotle made a classic overstatement by saying, “Knowing yourself is the beginning of all wisdom.” It isn’t. “After all, our hearts are more deceitful than anything else, and incurable—who can understand them?” (Jeremiah 17:9) Wisdom comes not from a futile attempt to understand our own hearts, but by fearing the Lord. The author of Proverbs declared, “The fear of the Lord is the beginning of wisdom.” (Proverbs 9:10)

Still it is wise to know yourself and your team. By knowing oneself, a leader can be disciplined to lead and work from his or her gifting. By knowing their team, leaders can better serve those they serve alongside. There are a plethora of tools leaders can use to evaluate personalities and gifting. But what about how people on your team think, process change, view opportunities, and see the world?

Leadership consultant Tom Paterson, in his book Living the Way You Were Meant to Live, offered a framework called “Thinking Wavelength.” According to Paterson, people are hardwired from birth to think and perceive in one of the following ways:

Grinders: Grinders are detail-minded doers. They plow through work, and lots of it, one step at a time.

Minders: Minders know how to skillfully “mind the store” by solving problems and keeping a small group focused on a task.

Keepers: Keepers are a blend of strategic and operational. They are organized, can deal with variables and change, and work well with people.

Finders: Finders are entrepreneurial. They love change and seize opportunities.

Conceivers: Conceivers are theorists who love the big picture and ideas. They are bright and articulate, but struggle with execution.

Below is a simple assessment to see where you fall on the “Thinking Wavelength” spectrum. We have used this tool with our team to understand each other and to get a general idea of potential team members.

Here are five observations, ones Tom Paterson has already made, after two years of being aware of this tool:

Leaders, we serve people well if we help people find the places that best match them. 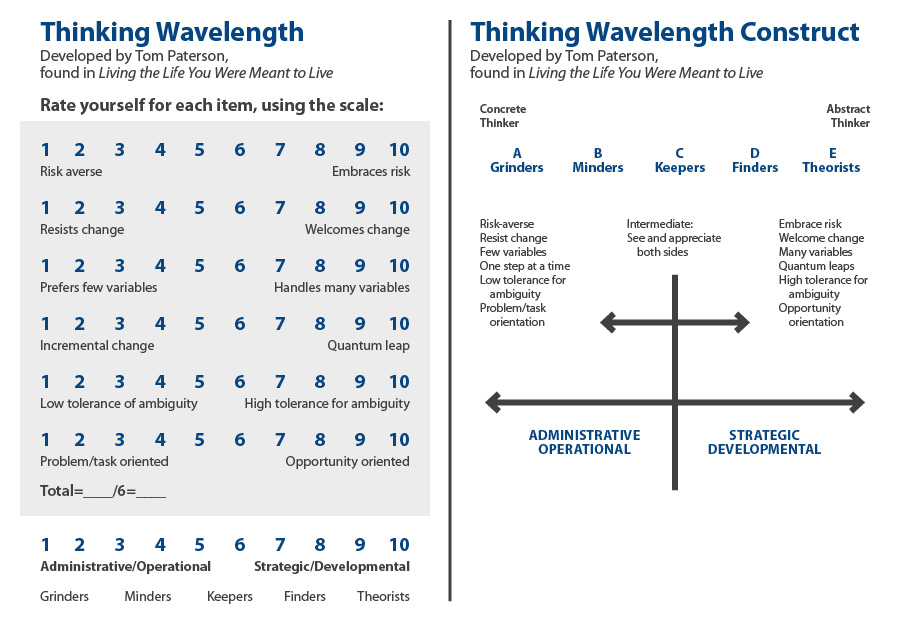 Previous Post: « Why It Is Unfair to Treat Everyone the Same
Next Post: Four Practical Ways to Avoid Burnout »