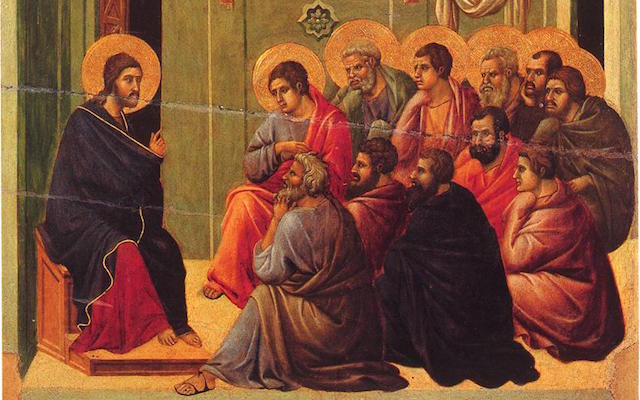 Whether one is a Christian or not, one has to recognize that Jesus has changed the course of human history. His teaching and ministry began with a small group of unlearned, ordinary men and then turned into a movement that rapidly spread and is still spreading across the world. Remarkably, Jesus spent most of his earthy ministry investing in a small group of men. Robert Coleman wrote, “Jesus’ concern was not with programs to reach the multitudes, but with men whom the multitudes would follow.” Jesus reached the many by focusing on the few.

Luke’s gospel provides us a sense of the rhythm Jesus employed in the development of His disciples. After the Twelve were designated as His disciples (Luke 6:13), they first watched Him minister. They were then sent out to minister before coming back to Jesus to discuss what happened on their journey. Stated another way, as Jesus developed His disciples, He essentially said to them: Join Me. Your turn. Let’s debrief.

At first, Jesus invited His disciples to simply be with Him. Jesus invited the disciples to join Him, to watch Him work, and serve others. His presence was the essence of their development. They saw His focus, His love, and His mercy and compassion towards people. They saw Jesus receive worship from a sinful woman and defend her before the religious. They observed as He mercifully drew attention to a woman who was healed from her bleeding, so that all would know she was no longer unclean. They saw Him relate to a family in the midst of grief and pain before raising their daughter from the dead.

After the disciples watched Jesus serve, Jesus sent them to minister to others and proclaim the kingdom of God. Twice in Luke 9 and 10, Jesus sent the disciples (and others) to minister. He gave them specific instructions on how to respond to people who were hospitable, how to respond to those who were not welcoming, and what to take for the journey. Instead of doing all of the ministry Himself, Jesus handed responsibility to His disciples. He knew the ministering would develop them, not only result in people being served.

In both instances, when the disciples returned from serving and proclaiming, they shared their experiences with Him. Essentially, they debriefed. They were thrilled with the impact they were having. They were enjoying the serving buzz, the joy that comes from seeing lives transformed. As they rejoiced in the fruit of their ministry, Jesus challenged them to rejoice that their names are written in heaven – to rejoice first in the reality that they are His. In other words, the challenge Jesus provided focused on their hearts. He wanted them to be more in awe of what the Lord had done for them than what He was doing through them.

If we want to develop others, we must also say, “Join me. Your turn. Let’s debrief.”

First, you must invite them to join you. Leadership development is highly relational. Who are you inviting to join you?

Third, you must be willing to provide feedback, to listen, to encourage, and to challenge the hearts of those you develop.