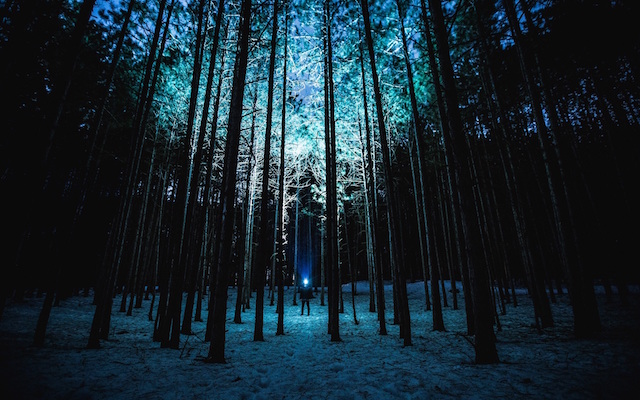 Researchers from the University of Toronto conducted a series of experiments to discover the impact of darkness on one’s perception of being anonymous. In one experiment, the researchers placed participants in two different rooms and instructed them to complete math problems and reward themselves with allotted money each time they scored correctly. Participants in both rooms performed the same, but participants in one of the rooms cheated more and took money they did not earn. The darker room gave the sense of anonymity and dramatically increased cheating and lying. In other words, research shows there is a relationship between being anonymous and being unethical.

Of the relationship between darkness and anonymity, Dietrich Bonhoeffer wrote:

Sin demands to have a man by himself. It withdraws him from the community. The more isolated a person is, the more destructive will be the power of sin over him, and the more deeply he becomes involved in it, the more disastrous is his isolation. Sin wants to remain unknown. It shuns the light. In the darkness of the unexpressed it poisons the whole being of a person.

For this reason, church leaders must continually encourage people to be in community with one another, to participate with one another and not merely attend church services. In many churches there are lots of people who sit on a row or in a pew but are alone and not known. As they are challenged to walk in the light, they must also be challenged to walk alongside other believers in community. While people may want to attend a church anonymously, they must be challenged to forsake their anonymity for community.