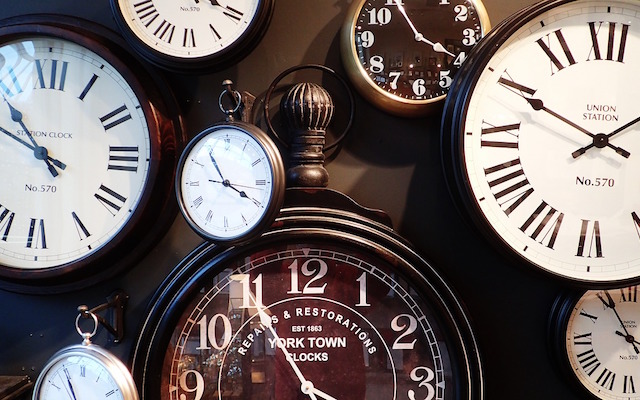 The myth on creativity is that creativity hates routines, that creativity is stifled by a schedule or plan. In reality, leaders and creators thrive in routines. Mason Currey, in his book Daily Rituals: How Artists Work, chronicles the daily rituals and habits of many of the world’s most influential artists, authors, poets, and composers. What emerges from a scan across their work habits is a sense that while they all worked differently, they were all guided by routines and daily rhythms. While Mason intentionally does not offer overarching thoughts from his research but rather lets their routines speak for themselves, I jotted down several thoughts while reading. Here are five reasons creators (and leaders) need routines:

A routine creates space for creativity because you are not re-creating how you will work each day. Thus, the work receives your creativity and not how you will work. Stephen King’s routine is pretty simple. He writes 2,000 words every day of the year, including holidays. Of writing he wrote, “Your schedule exists to habituate yourself, to make yourself ready to dream just as you make yourself ready to sleep by going to bed at roughly the same time and following the same ritual as you go.”

2. Routines save time for thinking.

When you have a routine, you have less to think about and are able to direct that mental time and energy to the work you are creating. Poet W.H. Auden wrote, “Routine, in an intelligent man, is a sign of ambition.” Auden believed his most fruitful work time was from 7-11am, so he woke early each day and quickly got to work.

Routines help creators and leaders leverage energy toward execution instead of rethinking their approach to their craft. Flannery O’Connor suffered from lupus and knew she needed to steward wisely the little energy she had. Her daily routine included writing every morning, and she commented, “Routine is a condition of survival.” As another example, Charles Dickens’ oldest son commented on Dickens’ work ethic and routine:

“No city clerk was ever more methodical or orderly than he; no humdrum, monotonous, conventional task could have been discharged with more punctuality or with more business-like regularity, than he gave to work of his imagination and fancy.”

4. Routines provide a sense of solace and certainty.

We know from history that many artists and creators suffer with bouts of anxiety and depression, and from their wounds and pain they create. Charles Schultz created nearly 18,000 Peanuts comic strips. He woke at daybreak, showered, shaved, took the kids to school, worked in a private studio through the day through lunch, having a ham sandwich and glass of milk almost every day. Mason Currey commented, “The regularity of work suited his temperament and helped him cope with the chronic anxiety he suffered throughout his life.” Because so much is uncertain, a routine can provide some certainty and solace to a day.

The work, the art, can consume, so a routine helps prioritize health. History tells us that many artists abuse substances to numb the pain so work can continue. Others have built times in their routines for daily walks or daily exercise. The exercise not only nurtured their bodies but also provided clarity and inspiration for their work. Charles Dickens, as an example, walked every day for three hours “searching for pictures he wanted to build on.”

Creativity is less about a new meeting space or another white board session. Instead, creativity is fostered in daily rhythms that conserve your best thinking and energy for your work.