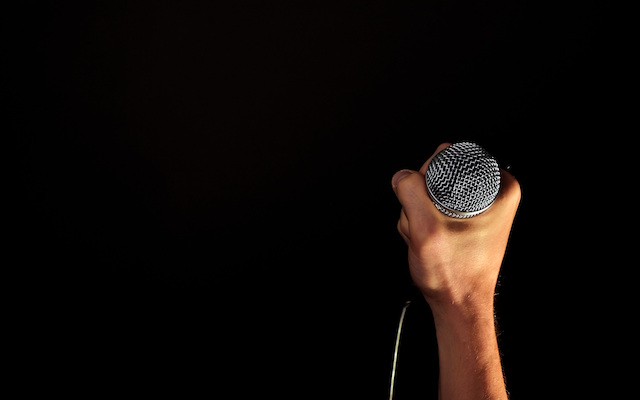 “I know that men are won over less by the written than by the spoken word, that every great movement on this earth owes its growth to great orators and not to great writers.”

The above statement, written by a renowned leader, is a strong declaration on the power of public speaking. He wrote the words in his autobiography, where he outlined his ideology and plans. So even as he wrote, he confessed his speaking would make a bigger impact than the words he was writing.

The autobiography is Mein Kampf, and the leader was Adolf Hitler.

Hitler’s speaking gift and skill were horribly misused, and the end results were sinful and heinous. For a ruthless and ruinous agenda, he was able to galvanize people through speaking. His speeches deeply altered human history. Hitler did not take his speaking opportunities lightly. He honed the craft, working hard on both the content of his messages and their delivery. His colleague Joseph Goebbels observed Hitler working on speeches late into the night and speaking them into the typewriter to get the rhythm and cadence right. Heinrich Hoffmann captured photographs of Hitler practicing his hand and arm gestures.

While movements are launched and sustained through spoken words, many people are terrified of speaking. While some use public speaking as a powerful tool, it is terrifying to others. Spoken words may launch and sustain movements, but a plethora of people experience anxiety even imagining standing in front of a group of people to deliver a message. The Washington Post, for example, reported that more Americans fear public speaking than heights, bugs, and drowning.

1. Public speaking is a powerful tool, but preaching/teaching the Word is more so.

While leaders may have important and timely messages, ministry leaders herald the gospel. No other message but the gospel is “God’s power for salvation to everyone who believes” (Rom. 1:16). Only the Word of God is timeless. Only the message of Christ is truly transformational and able to change the human heart. Only the Word is living and active and able to bring people to faith in Christ.

2. It is normal to fear public speaking.

Many in ministry leadership, even those who communicate regularly, get nervous communicating to a group of people. I still get nervous every single time. I can get easily distracted while speaking, and at times those distractions can become stressful. It often takes me a few moments of speaking before the butterflies in my stomach calm. In those moments, it is helpful to remind myself that the power is in the message, not in the messenger. Charles Spurgeon is known as the prince of preachers, and he stated, “The power that is in the gospel does not lie in the eloquence of the preacher; otherwise men would be converters of souls.”

3. Ministry leaders should develop their speaking.

Because speaking is such a powerful tool, those in ministry, not just those who preach, should develop their ability to communicate well publicly. If you meet with parents of teenagers, if you train volunteer group leaders, if you mobilize a team of greeters, you are given opportunities to communicate important messages publicly. Though Spurgeon knew and trusted the power of the message and not the messenger, he challenged preachers to develop: “We are bound to use every possible means to perfect the voice by which we are to tell forth the glorious gospel of the blessed God.”