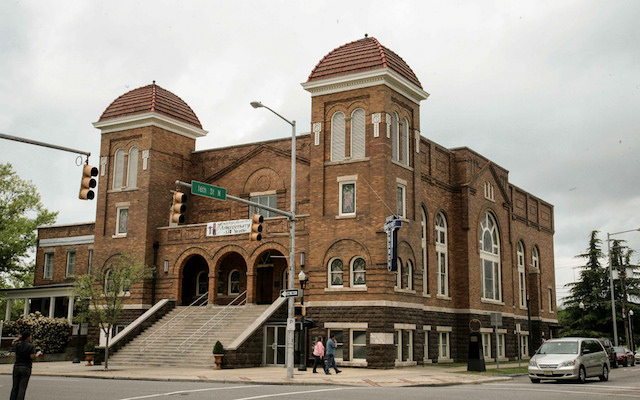 Last Saturday Kaye and I took our daughters to Kelly Ingram Park in Birmingham. The park is across the street from 16th Street Baptist Church, a place of both tragedy and hope. I was in Birmingham to preach on Sunday, but Saturday is certainly what marked our girls.

While my daughters attended church with me in Birmingham without fear of being hated or attacked for the color of their skin, that was not true for four little girls who attended 16th Street Baptist on September 15, 1963. On that day, racism stole the lives of Addie Mae Collins, Denise McNair, Carole Robertson, and Cynthia Wesley. They were at the church’s Sunday School when dynamite placed by the Ku Klux Klan exploded in the building, killed the four girls, and injured many others. Hatred was so heightened during that period in history that Birmingham was nicknamed Bombingham and is called ground zero of the Civil Rights Movement. The conversations I had with my girls were weighty and meaningful. I left with two big thoughts burning in my mind.

There are two times I remember my daughters crying spontaneously when they understood a horror in the world. The first, about a year ago, is when they asked me about abortion. They heard about abortion during the election, and I decided to tell them the truth, that people go into a woman’s womb while she is pregnant and kill the child. They burst into tears. Horror filled their faces. They could not imagine such a thing before that moment. I saw the same look on their faces when they stood in front of the sign that told the story of those four little girls. With voices quivering, they asked, “Why did they die?” “They died because evil people killed them,” I replied. They were appalled. 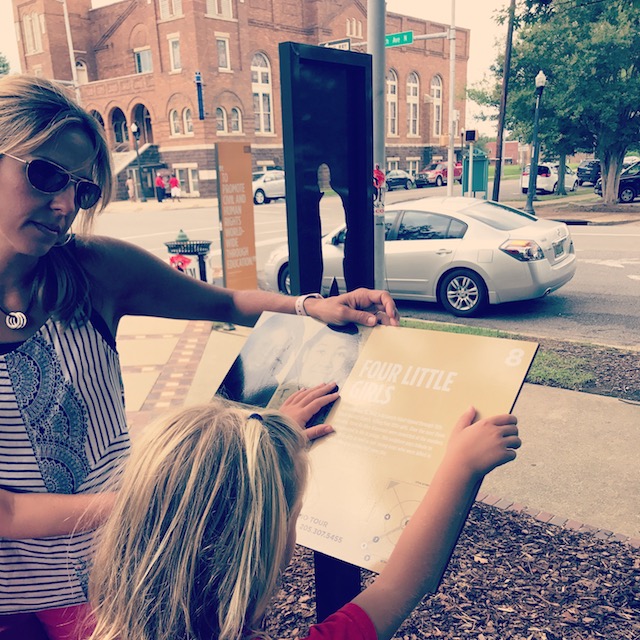 Racism is appalling because God’s crowning creation, humanity, is devalued. All people are wonderfully created in the image of God. He loves all people. Only Christ’s righteousness qualifies us to stand before God—a righteousness He offers to all. Racism is deeply offensive to God because it attacks His creation and asserts that one can stand before God in something other than His grace. Racists reject the grace of God and sinfully believe the color of their skin qualifies them and makes them superior to others.

Thank You, God, for the African-American leaders who led well.

While 16th Street Baptist Church is a symbol of great tragedy, it is also a symbol of great hope. Godly men and women led well in the midst of such horror and pain. I can’t imagine the anger I would have felt as a father in that situation. I do not know how I would have responded if my little girls were taken from me in such a way, yet the African-American community, led by Dr. Martin Luther King Jr., marched and protested peacefully. Leaders responded to violence with non-violence. At the funeral of three of the girls, Dr. King spoke these incredible words:

And so my friends, they did not die in vain. God still has a way of wringing good out of evil. And history has proven over and over again that unmerited suffering is redemptive. The innocent blood of these little girls may well serve as a redemptive force that will bring new light to this dark city. The Holy Scripture says, “A little child shall lead them.” The death of these little children may lead our whole Southland from the low road of man’s inhumanity to man to the high road of peace and brotherhood. These tragic deaths may lead our nation to substitute an aristocracy of character for an aristocracy of color. The spilled blood of these innocent girls may cause the whole citizenry of Birmingham to transform the negative extremes of a dark past into the positive extremes of a bright future. Indeed this tragic event may cause the white South to come to terms with its conscience. And so I stand here to say this afternoon to all assembled here, that in spite of the darkness of this hour, we must not despair. We must not become bitter, nor must we harbor the desire to retaliate with violence. No, we must not lose faith in our white brothers. Somehow we must believe that the most misguided among them can learn to respect the dignity and the worth of all human personality.

God still has a way of wringing good out of evil. Amen.