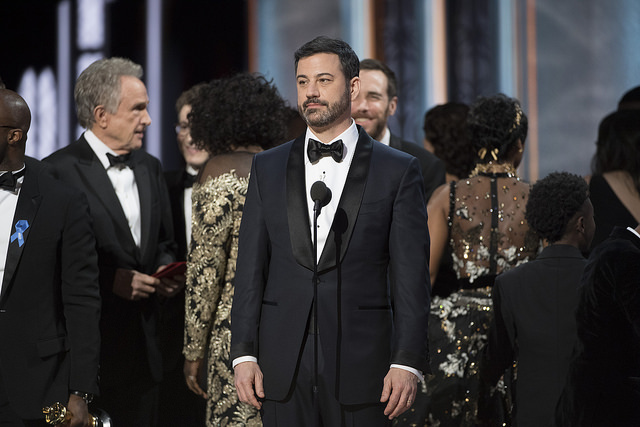 As this year’s (2018) Academy Awards began, people were still talking about the moment during last year’s Academy Awards when Faye Dunaway and Warren Beatty presented the Oscar for Best Picture to the wrong cast. The moment, known as Envelopegate or the most shocking moment in Oscar history, was perhaps best captured in this photograph (Meryl Streep and the Rock’s eyes are the best). 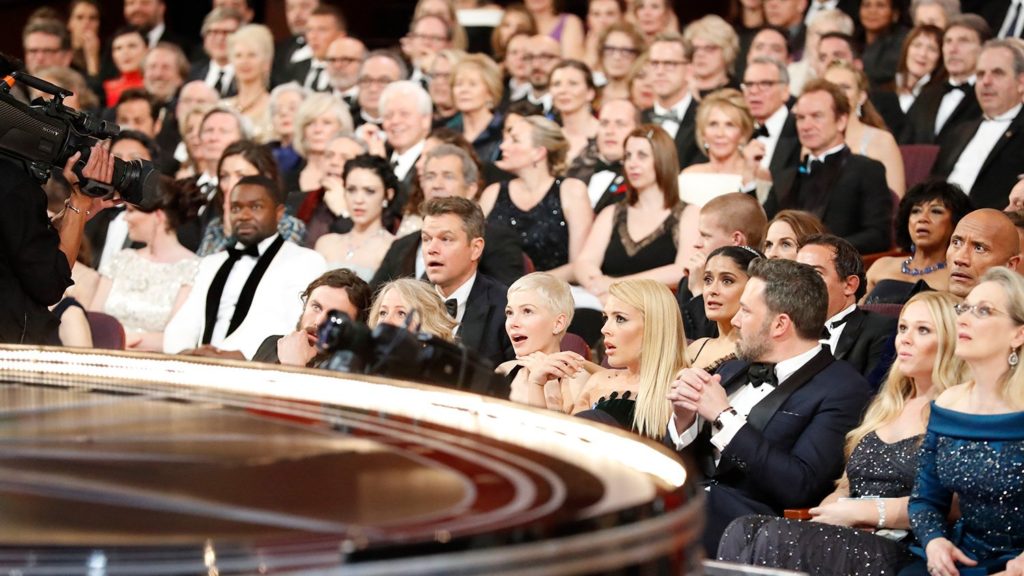 The celebrities filling the front rows were shocked to discover that the wrong film was announced as the winner. When the cast of La La Land was accepting the award they realized that Moonlight was the intended winner for Best Picture. It could not have been any more awkward. Last year’s epic blunder at the Academy Awards reminded me of our longing for justice and the offer of God’s grace. Let me explain…

As movie stars were dumbfounded by the blunder, people quickly looked for the person to assign fault and responsibility to for the biggest blunder in Oscar history. From the announcers, to the person who handed them the envelope, to the guardian of the envelope, to those who planned the event, opinions varied as to who was responsible, but someone needed to absorb the wrath of the moment. Whenever something goes wrong, people immediately look for someone to blame, for someone to pay.

Compared to the struggles and evils in our world, the blunder at the Academy Awards in 2017 is small and inconsequential. Beatty and Dunaway did not intentionally bring chaos to the Awards. No one planned to hurt the cast of La La Land or Moonlight. The blunder was a mistake. And if mistakes require people to be held accountable, how much more does willful rebellion against our loving and holy God? Our sin is much bigger and much deeper than a mistake; it is rebellion against God. And someone has to pay.

Humanity has always had a sense that we fall short and that someone must pay for our sins. During the mythical Trojan War, the goddess Artemis punished Agamemnon, the Greek general, for evil deeds his soldiers committed. On their way to the war, Artemis caused the winds to stir, and the Greeks’ ships were knocked violently into one another. To appease the wrath of Artemis, Agamemnon sacrificed his daughter to the goddess, and Artemis’ wrath was transferred from the winds and the waves to Agamemnon’s daughter. Because the anger of the goddess was quenched, the ships reached Troy without any more difficulty. The Trojan War legend was written about 1000 years before Christ was born, and it shows that people throughout history, even those who believed in multiple gods, believed their sins must be dealt with, that the wrath of the gods must be satisfied.

As J.I. Packer pointed out in his classic work, Knowing God, our God is very different from the gods depicted in Greek mythology. Our God does not demand that we make things right and bring a sacrifice. We cannot make things right. Instead, in His great love, He pursued us and offered His Son as the sacrifice for our sin. God did not demand our sacrifice, but gave One. All the punishment that we deserved was given to Jesus, and all the blessings and rewards that Jesus deserved were given to us. He is our atoning sacrifice. He has taken the wrath for all our sin.

If we confess our sins, he is faithful and righteous to forgive us our sins and to cleanse us from all unrighteousness. If we say, “We have not sinned,” we make him a liar, and his word is not in us. My little children, I am writing you these things so that you may not sin. But if anyone does sin, we have an advocate with the Father—Jesus Christ the righteous one. He himself is the atoning sacrifice for our sins, and not only for ours, but also for those of the whole world. (1 John 1:9-2:2)

(Featured image is via Disney/ABC)

Previous Post: « Links for Leaders 3/2/18
Next Post: What You Can Look Forward to on the Other Side of Being Overwhelmed »