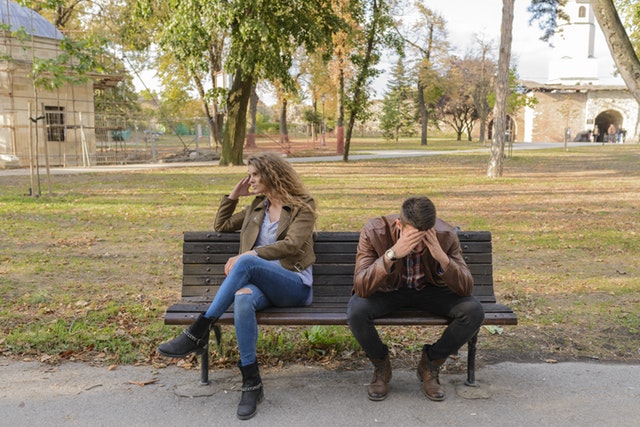 Moral failure. For as long as I can remember people have used that term to succinctly describe a disqualifying behavior in a leader’s life, often some type of sexual sin. The leader has failed to live up to the expected morals and integrity of a leader and has lost the moral authority and credibility to lead. Abuse has been—and this is an important distinction—described differently than an affair. The distinction is important because an affair is consensual, and abuse is not. Abuse shouldn’t be placed in the moral failure category as it comes from a much darker place in someone’s heart and is much more damaging.

Moral failure. My stomach churns when I hear the phrase. There have been so many moral failures, some in the lives of friends and authors my team works alongside. The phrase reminds me of the devastation left in the wake, the devastation that impacts families and ministries. I have learned there are common warning signs in the lives of those who fall. Sometimes these warning signs are more apparent after the fall and people gather around tables and say to one another, “Looking back, we see what was going on.” Sure, it is possible for one to hide these warning signs, but because sin makes us incredibly stupid, those caught up in the cycle of sin often don’t see the signals their foolishness is sending. Here are five warning signs of moral failure.

1. Considerable amounts of time away from home

If a husband or wife is comfortable with being away from their spouse continually and for long periods of time, something is wrong. Some professions require spouses to be gone frequently and for long periods of time (such as our military when deployed), but there is a difference between longing to be with your spouse while away and being very comfortable with extensive periods away from one another.

2. A sudden obsession with being fit

We should steward our health well as we only have one body and the Lord has given us the one body we have. But when adult men or women are suddenly obsessed with how they look, something else is likely going on. The provocative post-workout selfie pic on Facebook isn’t only weird. It could be saying something else.

Recently, after I received word that another leader fell, I went to his social media accounts and perused through all his posts. I wasn’t sure what I was looking for, but I prayed for him as I scrolled through the posts. One thing became apparent. I saw zero posts of him and his wife together. And lots of posts of him with arms around other women. What stood out wasn’t the pictures of him with friends (men or women) but the absence of his wife. Other than his bio, you would not have known he was married.

Being friendly is not remotely the same thing as being flirty. Long looks and being overly touchy aren’t hallmarks of friendliness, but of flirtatious behavior that sends signals and makes people uncomfortable over time. “I always had an uneasy feeling about him,” is what we commonly hear when a leader falls. And flirty behavior is often the culprit of the uneasiness in others.

Sexual sin with others often begins with pornography alone. Many have shared with me, through the years, that their thoughts and desire for sex outside the realm of their marriage was ignited in front of a computer screen and fueled by frequent returns to the same type of websites.

If you see these warning signs in someone else, have the difficult conversation. You may regret doing so, as the relationship could be impacted, but you will regret not doing so more. If these warning signs are taking root in your life, repent now. Repent and don’t stop repenting. If you are on the edge of an affair, of throwing away your ministry and your credibility, stop now.