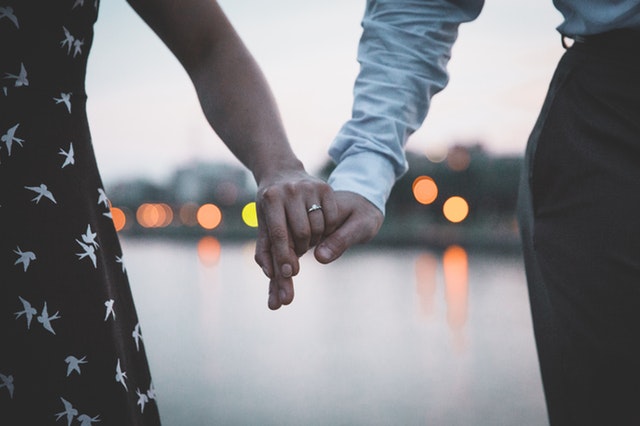 I have never been to the Shanghai marriage market, but every Saturday and Sunday the market runs for five hours, rain or shine. Parents and grandparents who want their kids or grandkids to get married post portfolios and peruse others, hoping for a match. Descriptions of each person are posted on walls or umbrellas. If parents find a pairing they think will work, they work together to set up a blind date. An article on Huffington Post states: “In terms of content, the advertisements here are the inverse of a Tinder profile: Pictures and names are scarce, but salary and home ownership status are stated outright” Instead of an outdoor gathering place, online dating sites like Match.com rely on algorithms to help people find others that they may be compatible with. It is an extremely common way to find someone. Match’s algorithm is called Synapse and it triangulates the qualities users say they are looking for, what the user’s activity on the website says they actually want, and people similar users have liked. While there is debate on the effectiveness of the algorithms, the goal is match people together who would be compatible.

Whether a park in Shanghai or a website, people rightly look for compatibility. Which is why the relationship God initiates between Hosea and Gomer is so shocking. Their relationship is the opposite of compatibility: a prophet and a woman of promiscuity, a faithful husband and an unfaithful wife. God told Hosea to marry an adulteress for a very specific reason — God’s people were guilty of abandoning Him for things less than Him. Sin is loving things that are less than God more than we love God. The marriage of Hosea and Gomer gave God’s people a picture of their unfaithfulness and of the Lord’s unrelenting love.

As expected, Gomer eventually left Hosea for another man. God did NOT tell Hosea to give up on the relationship or even to wait patiently for Gomer to return. To illustrate His shocking and other-worldly love, God told Hosea to seek her and save her from the misery of her slavery and shame. Hosea found Gomer on a slave auction block. Perhaps a man had mistreated her and abused her and sold her into slavery or she sold herself into slavery because she had fallen on such difficult times. Regardless how she got there, Hosea walked through the crowd, bore the embarrassing stares and jeers, and endured the humiliation of purchasing his own wife. He did not have enough silver for the price, so he paid the balance in barley. He paid with everything he had to bring his own bride home with him.

While the love story of Hosea and Gomer is shocking, God’s love for us is more so. He is greater than Hosea and we are more unfaithful than Gomer. While Hosea and Gomer were not a match, there is not a greater relational mismatch than us and God. His portfolio reads, “holy, righteous, pure, loving, compassionate, merciful, and powerful.” My portfolio reads, “unholy, impure, selfish, and finite.” Yet He loves us more than we can comprehend. Christ pursued us and purchased us, paying not with silver or gold but with His blood. He found us enslaved, and He bore in His flesh our sin and shame. Christ traded portfolios with us, nailing ours to the cross and giving us His portfolio of perfection. We could not be more incompatible with Christ, but His grace is greater than in our incompatibility. The message of the Christian faith is not instructions for us to make ourselves more compatible with Christ. It is the glorious news that He set His love on us in the midst of our incompatibility and He makes us compatible by giving us what we could never achieve – His righteousness.

Previous Post: « The Only Place and Time Your Job Won’t Be Changing
Next Post: Because Your Job Is Changing, You Should Do These Five Things… »