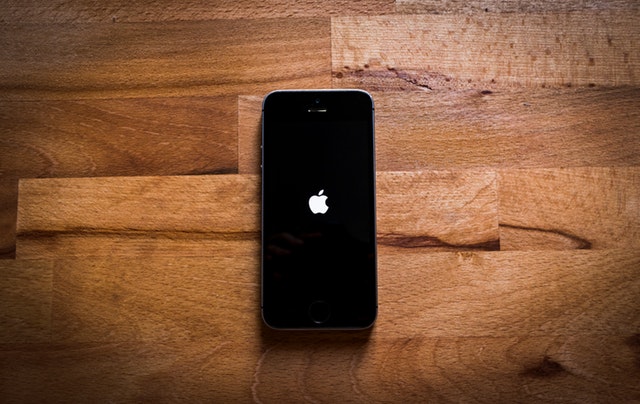 Before we had kids, Kaye taught public school for eight years. When we found out we were having our first daughter, we decided she would take step away from teaching for several years. Her last day as a teacher (the first time around) was one day in June of 2007.

The first iPhone was released on June 29th that same year (more on that later).

After our daughters started going to school, Kaye decided to go back to teaching. She missed it and wanted to make an impact in that way again. She went back to the classroom in the fall of 2015.

While she was away from the classroom, the smartphone grew more and more ingrained into the culture and in the regular rhythms of how people live. I think if Kaye had been teaching through those years, she likely would not have noticed the changes in such a visible way, as she would have experienced them incrementally. But to go back to teaching after eight years off, the same eight years where the smartphone took deep root, was initially jarring.

Here are three changes Kaye noticed, as a teacher, after eight years off (the same eight years after the advent of the iPhone):

Before the smartphone, communication with parents and other teachers may take place over several days. An email would be sent and a day later the response would be sent back. The process was slower but also allowed people to spend more time formulating their responses and thinking about the implications of the decision. The smartphone has sped up decision-making. At times this is great and at times the result is decisions that are not been well-informed.

During the first eight years of Kaye’s teaching career parents emailed, and their expectation for response was within a day or so. When Kaye went back to teaching, and everyone had been using smartphones for several years, the expectation parents had on response time was exponentially higher. If some parents did not receive an answer back within a few hours, they assumed something was wrong – and not that Kaye was actually teaching a room full of kids. Our phones have trained us to expect faster responses. We both benefit from and can be enslaved by the heightened expectation for response time because of our phones.

While we love to believe we can multi-task, research continually proves we are not nearly as good at it as we think. Just google “multitasking makes you stupid” for a list of articles based on research, including one study that shows multitasking impacts your brain in a meeting more than smoking weed in a meeting would. Before the iPhone, the typical parent-teacher conference was different than it is now. You were able to get through 30 minutes of content and conversation in, well, in thirty minutes. Now those 30 minutes are often less focused. There is more “let me send this really quick to our babysitter,” or “my spouse is running late, let me check something really fast.” The smartphone on the table puts in everyone’s mind that this meeting can be interrupted at any moment, and thus lowers the effectiveness of it.

Are there benefits, though, Eric? Absolutely. When Kaye went back to teaching, she rarely had to run back to school to print something. It was on a doc on her phone. She could also easily check appointments, handle details in a quick text, and connect with other teachers in a group text.

But watching Kaye go back to teaching helped me realize that the phone has impacted us/ me more than we often realize.

Previous Post: « 3 Things That May Be True if People Are Constantly Complaining to You
Next Post: 5 Strategies to Bring Out the Best in Your Team »