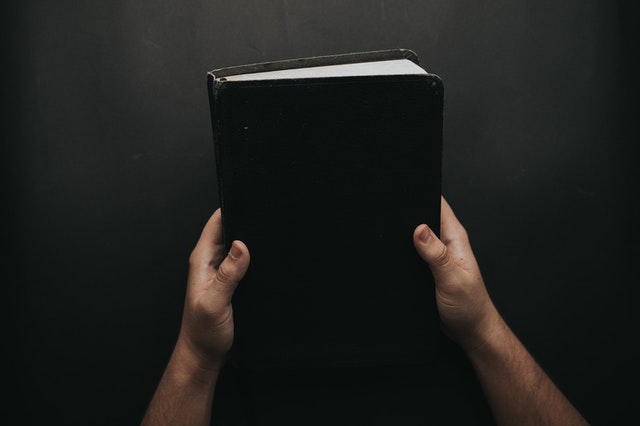 Here is a frustrating reality for a pastor during a politically polarizing time: when speaking about a social issue, the pastor can be affirmed for being “biblical” by people who are politically passionate about that viewpoint and then be accused of being “political” by those same people when sharing something that is contrary to their political viewpoint. The pastor is typically only “being political” when there is discomfort and disagreement. In other words that particular parishioner is essentially saying to the pastor, “If I agree with you then you are being biblical, and if I disagree with you then you are being political.”

The frustration with that reality has caused me to conclude the following three things about the differences between “being biblical” and “being political.”

Sadly, many important social issues are often seen by Christians through a through a political lens rather than a biblical lens. However, for the follower of Jesus:

Before any politician has spoken on these issues, Jesus has spoken. Jesus knits people together in the womb (Psalm 139:13), defends the immigrant (Zechariah 7:10), desires believers to gather (Hebrews 10:25), places His Image on all peoples (Genesis 1:26), insists marriage is a metaphor of the gospel (Ephesians 5:31-32), and elevates the status of women – appearing first to women after His resurrection as just one example (John 20:11-18).

2. If passions fall squarely into partisan lines, passion is rooted in a political viewpoint more than a Christ-centered one.

Several months ago, I asked Scott Sauls to spend a few hours with our staff at Mariners Church. Scott’s work is incredibly insightful and his writing has been very helpful to me. I asked Scott to share from his book Jesus Outside the Lines with our team, and the time was a gift — very valuable and encouraging. The title clearly sets up the content in the book – that Jesus cannot be fully placed into one political camp. Jesus is outside the lines. In our time with Scott, he challenged us be on Jesus’ side, which would mean not finding our identity or building our worldview in one political party. If we are following Jesus, we will likely be considered too conservative for our progressive friends and too progressive for our conservative friends. As an example, Scott challenged us to hold to a “comprehensive life ethic” – which would mean caring for the unborn who are vulnerable (often seen as a conservative political position) and for the born who are vulnerable (often seen as a progressive political position).

I am not suggesting we abandon political parties because of the tension. I have been in small group Bible studies with politicians, from mayors to senators to a former presidential candidate, and I have deep respect for those who do the hard work of thinking through how their faith impacts their positions. I am thankful the Lord places believers in those important roles. They work insanely hard, absorb massive amounts of criticism, and do so with a desire to serve people well. I pray for my political leaders. But as important as political parties are, they shouldn’t occupy our ultimate allegiance or affection. My friend Josh Howerton has stated it this way: “Our primary allegiance isn’t to a red elephant or a blue donkey. It’s to a slain Lamb. And the compassion of Christ knows no party lines.” We should vote and we should care about policies, but as we do, we must not get our affections out of order. More than we belong to the ever-changing political kingdoms of this world, we belong to His kingdom. And Jesus and His kingdom should capture our passion more than the kingdoms of this world.

3. Our Christian unity must be built around King Jesus.

Like many leaders, I lead a team with diverse political leanings. I prefer it because it can help us avoid living in an echo chamber where we only hear one vantage point. We also serve in a County with diverse political viewpoints. When being surrounded by diverse political viewpoints, we really only have one option for our unity, and that is to look to Jesus. What a great place to be. Unity based on political affiliation and our work for politics is dramatically inferior to unity based on Jesus and His work for us. Bowing to Jesus as our King is what must unify us, not being a Republican or Democrat. We have been made right before God because we have bowed before our King, not because we are bowing before a political party.

Being biblical will at some point contradict every political party. On a conversation with my friend Trevin Wax on this issue, he reminded me that “the Christian faith transcends and offends both parties.” The Christian faith offends us all! As we read the Scripture, we are made gloriously uncomfortable so we will become more like Jesus. As important as they are, the political parties were not designed to stir our affections for Jesus and challenge us to set our hope on Him. And thus, they should not be the place of our deepest community or identity. Ultimately Jesus is the name we must declare.

Previous Post: « 5 Things I Am Preaching to Myself While Preaching to a Camera
Next Post: Why We Are Working More Now and the Upside/Downside of Templates   »