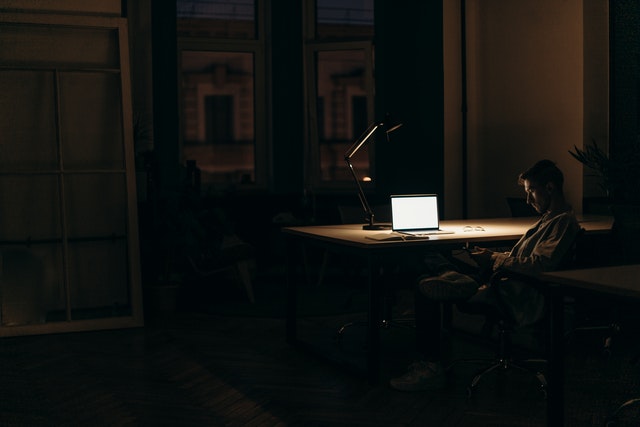 In the last month I have been on several zoom calls with pastors who I am in “learning communities” with and the subject of pastoral turnover has been surfaced. Early stats are being thrown out as to the number of ministry leaders (not just senior pastors) who will leave vocational ministry during this pandemic and immediately following. Last week Nate Pyle tweeted a thought that resonated with many people and sparked a lot of responses from others on Twitter. He tweeted: “Prediction: In the next two years there will be a large exodus of pastors from the pastorate. Every pastor I talk with is exhausted and, to a degree, frustrated. Theological and ideological differences between pastor and parishioners is increasing. It’s not sustainable.”

Ministry leaders stepping away from their roles in this season is becoming a common conversation. To be clear, this is not a discussion about leaders disqualifying themselves from leadership with immoral or unethical behavior. This is also not a discussion about leaders being mismatched culturally or unfruitful in their roles. The conversation is about good and godly people who have made important contributions to their ministries/churches stepping away from a full-time ministry position, still loving Jesus and His people, and deciding to do something else vocationally. Here are three reasons people are predicting this will happen (and may already be happening):

1. The division is discouraging.

Nate’s tweet resonated because division is exhausting. My assumption is that if you lead a church or ministry that is filled with people who think the same way about every issue, then you may not face the exhaustion of division, but that is becoming less and less likely because there are more and more issues in which people are pontificating about and drawing dividing lines over. And even if there could be uniformity of thought on every tertiary issue, uniformity is not what many of us envision for the churches we serve. What makes the body of Christ so beautiful in a local community is when people with different backgrounds and perspectives are united by a better King and Kingdom.

As an example, the “mask” conversation has been tiring for many ministry leaders. Funny story: A few weeks ago, I posted in my Instagram story a picture of Kenton Beshore (pastor emeritus) and me at one of our neighborhood gatherings. We were both in masks and standing next to one another. Someone responded, “Why are you wearing masks?!” as if we are idiots and another responded, “Why are you not standing further apart?” as if we are reckless. It is hard to win. And if we think the mask conversation has been challenging, just wait until there is a vaccine and the debate begins on taking the vaccine versus not taking the vaccine. Leaders, the hills in front of us are likely larger than the ones we have just climbed.

Personal note: I am so thankful for the church I get to pastor. Of course, there are outliers, but the overwhelming majority of people want Jesus to be the hero, don’t treat tertiary issues as primary ones, deeply desire a unified church in the midst of polarizing conversations, and are kind and gracious to one another. I am very blessed to be with these people during this time.

2. What some most enjoyed about their ministry roles is not what ministry is currently.

Many ministry leaders have experienced joyful aspects of their job ripped from them because of physical distancing, limited gatherings, necessary changes in programming, and increased reliance on technology. A small example: Imagine if a leader’s favorite week of the year was summer camp where teenagers and kids were invested in and mission for a new school year was established. That sacred moment being gone has changed that role for a season. While there is “light at the end of the tunnel” as gatherings for a church resume, there is still uncertainty about some aspects of ministry.

3. The bullet points on many job profiles have changed.

The pandemic has created tremendous opportunities to serve our local communities, has accelerated what many churches are doing technologically, and has reinforced many church’s commitment to discipling people through smaller groups and helping parents disciple their kids. These opportunities are real and must be seized for the health of the Church and the expansion of Jesus’ Kingdom. Yet, as we know, new approaches also require a new mentality, some changing of job profiles, and a different posture. Leading a stable ministry where the programming and rhythms are pretty much the same each year is not the season that we are in, and the shaking will cause good and godly people to evaluate if this season matches their gifting.

What does this mean?

When ministry leaders step away in this time we should not assume something is wrong with them. We should thank them for all they have done, and we should not guilt them for stepping away. It does not mean they are less Christian or less anything. We must also remember that all work can be scared. A.W. Tozer stated, “It is not what a man does that determines whether his work is sacred or secular; it is why he does it.” Which means ministry work, when done for the wrong reasons, can be very secular. And marketplace work, when done for the right reasons, can be very sacred.

Previous Post: « 6 Surprises About Church Gathering Again
Next Post: Church is Essential. Your Form of Church is Not.  »