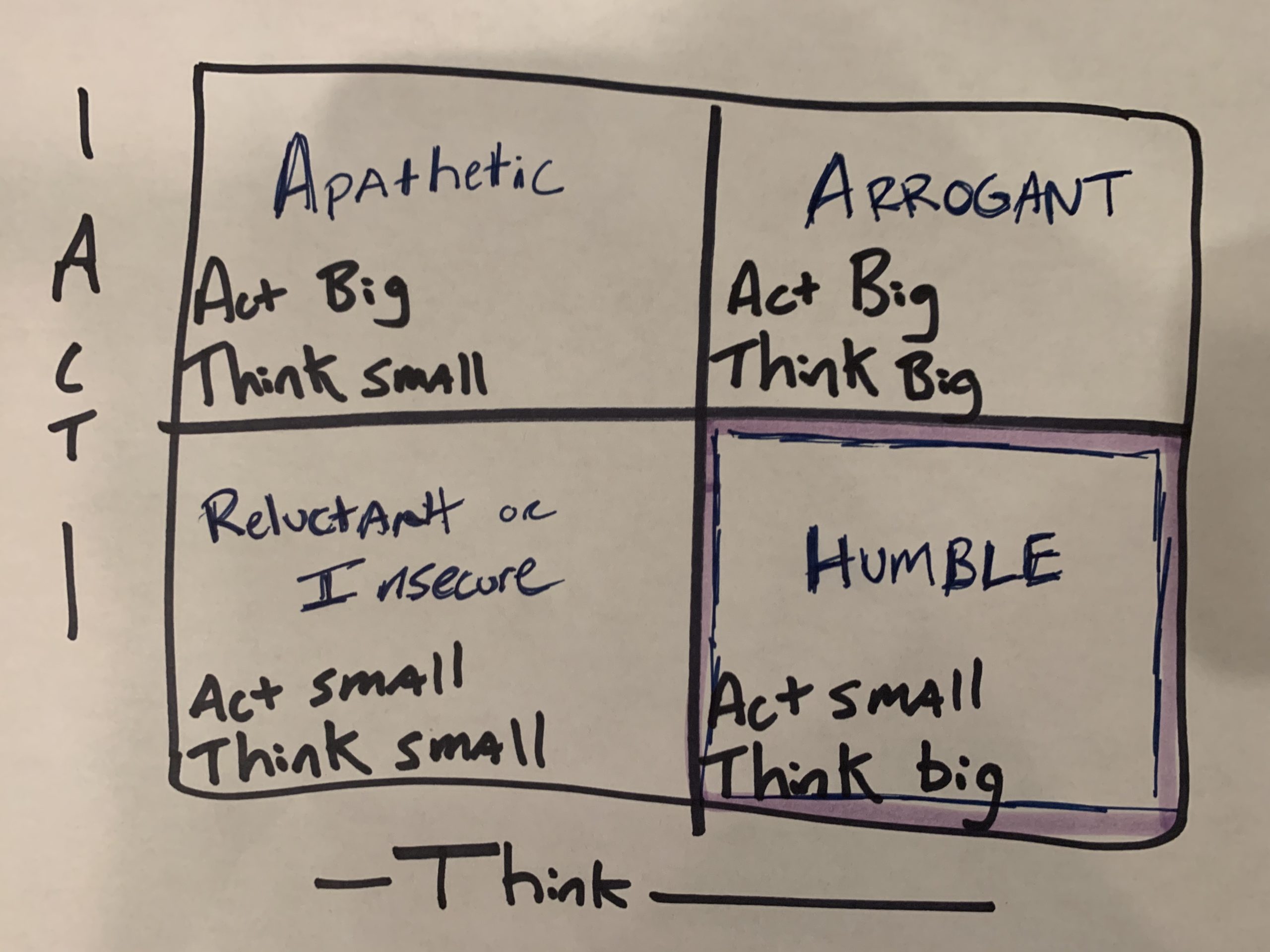 Some leaders seem to think small and act big. There is not a large vision that captivates them, grand plans that motivate them, or an overwhelming sense of awe for the opportunity in front of them. Yet at the same time they seem to act big. They hold tightly to their positions, enjoying that others view them as and and that they are able to make decisions that impact others. Their plans may be small, but they act large.

Other leaders seem to think big and act small. Because they are deeply honored to do what they get to do, they approach their roles with a sense of gratitude. At times they are overwhelmed with their hopes and prayers because those prayers and hopes are so large and sound impossible. Yet they act small. They don’t sit apathetically in their positions. They use their positions to serve others and to speak up for others. The best leaders don’t lead from a high position but from a humble position. Their plans may be large but they act small.

Of course, there are leaders who think and act small. And leaders who think and act big. I have been wrestling a lot lately about the interplay between thinking and behaving, the paradox of having big plans but walking in humility. A leader can do both! I want to do both! I want to walk in humility before the Lord and others, and yet also think big thoughts about the opportunities the Lord puts in front of me. I jotted down this chart. 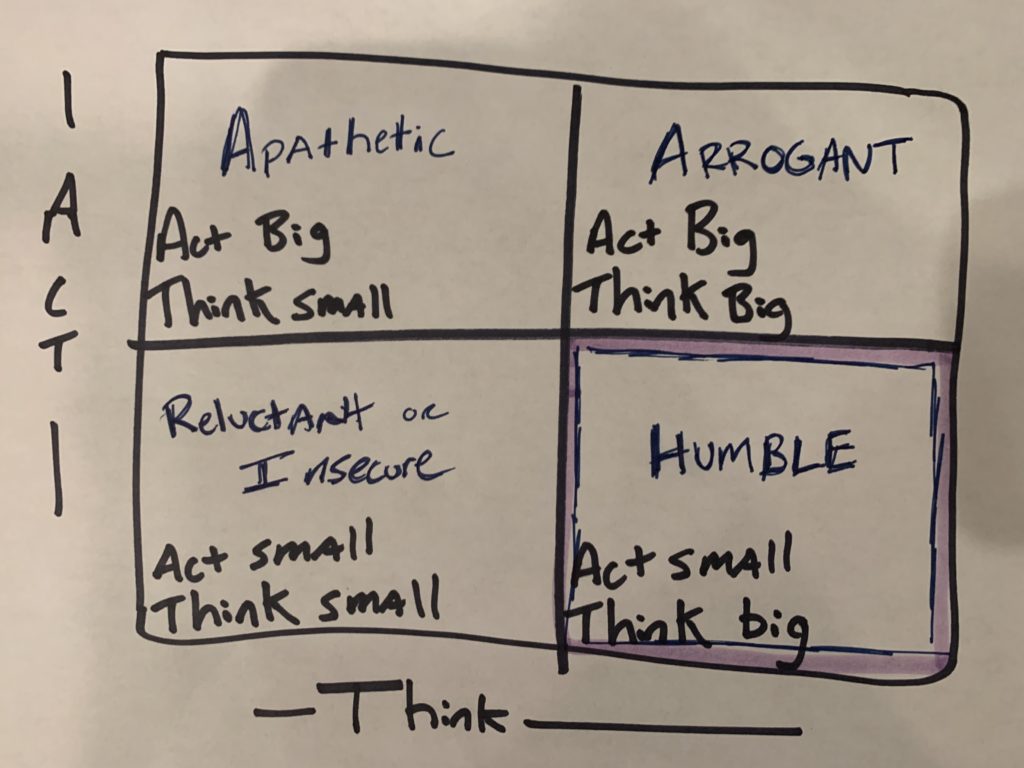 According to the very fallible sketch (again, just some early morning thoughts), there are four types of leaders in terms of thinking and acting:

At best these leaders are reluctant because confidence has not yet been established. At worst these leaders are insecure because they do not know who they are. While we are grateful that they are willing to roll up their sleeves and serve, they never dare to think big thoughts or dream up big plans for the role.

Shouldn’t Christian leaders be the ones who think big and act small? We act small because we humbly remember that all we have is a gift, that everything from our salvation to the roles we steward is something we have received. At the same time, we can think big because of our Lord. He owns the world. He gives us everything we need for life and godliness. He promises to be our rear guard. He promises that His Church will not be stopped. He does not promise us smooth paths but He promises to be with us in the darkest days. We can attempt great things for Him because our identity does not come from the fulfillment of those things but from Him.

May we act small and think big at the same time.

Previous Post: « 8 Reasons I Stopped Stressing About “Losing my Salvation”
Next Post: Your Job Has Changed and How to Hire Yourself for It »