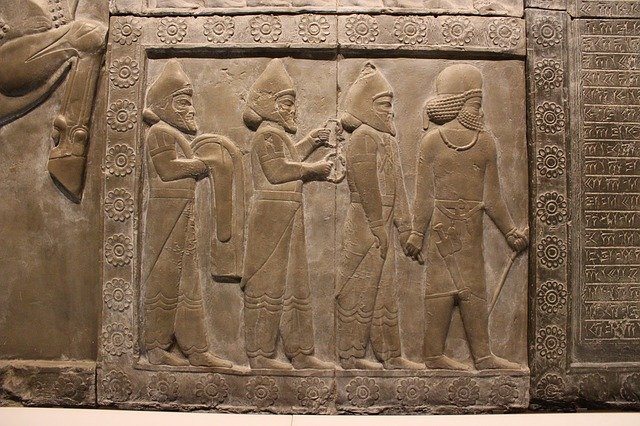 Kaye and I were once at a movie theater, early in our marriage, in Miami. There was a box of popcorn on the row in which we were seated, with more than half the box still filled with buttered popcorn. I viewed the box as trash, as the remnants of a thoughtless moviegoer from the previous film who failed to bring the box to the trashcan. Kaye, however, viewed the box as an opportunity to enjoy some popcorn. Our view of the moment impacted how we reacted in the moment. This is true with popcorn in a movie theater and with how we view the world around us.

But these two viewpoints differ greatly too. Those who view life in America as life in Israel can run down a cultural warpath to tear down cultural sins and agendas that can take America away from “her Christian roots.” Those who view life in America as more comparable to life in Babylon believe that God’s people must indeed be distinct and guard themselves from idols, but they don’t believe their mission is to purge Babylon. They believe they are to serve Babylon.

While our cultural context is not exactly Babylon, there are some similarities. It is important to remember that America is not Israel and God’s people are indeed in exiles in this world.

America is not a new Israel.

I absolutely love living in America. I am thankful for the freedoms, the religious liberty, and the opportunities we enjoy. I am thankful for the men and women who protect those freedoms and serve us. But America is not Israel. The promises given to Israel in the Old Testament cannot be applied to our Country. They can often be applied to those who belong to Christ and are the people of God. In the New Testament, America is not “God’s chosen people.” The apostle Peter reminded Christians scattered all over because of persecution that they are God’s chosen people (I Peter 2:9). The people Jesus rescues from every tribe, tongue, and nation, purchased with His blood are God’s chosen people.

When Jeremiah wrote to God’s people living in Babylon, he reminded them that they were exiles (Jeremiah 29:1-7). As exiles, they were to persevere and grow as a people. They were also to work for the well-being of the place where they now lived. We too are exiles and strangers in a world that is not our home (I Peter 2:11). We are exiles here because our citizenship is ultimately in heaven (Philippians 3:20).

Kaye and I had a pretty sharp disagreement over how we viewed that bucket of popcorn. I could not believe she started eating it! And in a divisive cultural time, different viewpoints of our cultural context are more pronounced. Ministry leaders who view our cultural context as more comparable to life in Babylon than life in Israel will disappoint those with the opposite viewpoint. Those who view life in America as life in Israel want a Hezekiah who will tear down the sins in the land. We would benefit from more Hezekiah’s, but judgement should begin with the people of God and not the surrounding culture. Hezekiah did not confront the sins in Assyria or Babylon. He tore down the idols among God’s people. We have plenty of idols among ourselves that need to be torn down.

Previous Post: « 3 Reasons Kids Ministries and Youth Ministries Can Drift from Jesus
Next Post: How Do I Pull My Friend Out of the Rabbit Hole of Conspiracies? »