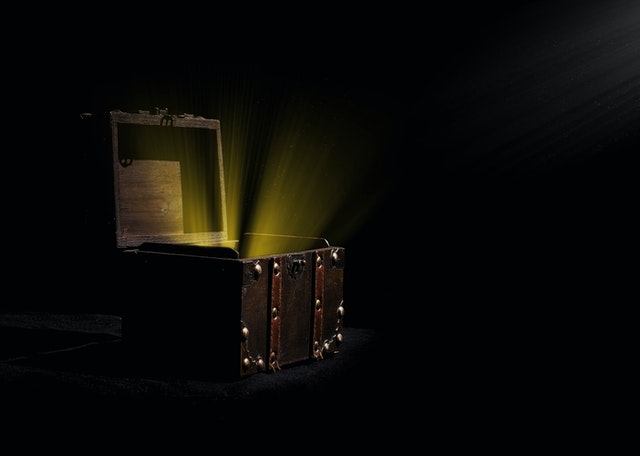 This book, Chasing the Thrill, tells the story of an amazing treasure hunt that ended last year, in 2020. Ten years earlier an art dealer named Forrest Fenn hid a treasure in the Rocky Mountains and placed a map and a poem in a book he wrote and self-published. The poem and map contained clues that would lead the person to the treasure, which contained 2 million dollars in rare coins and jewelry.

From 2010 to 2020, it is estimated that 350,000 people searched for the Fenn treasure. Some left jobs as they viewed the treasure as worthy of being their ultimate pursuit. Some sacrificed relationships. Others devoted the time, and forsook other pursuits to go after the treasure. Some even gave their lives. After several people died searching for the treasure, authorities asked Fenn to make it clear that he hid the treasure in the open, that people do not need to take risks to find the treasure. Finally, in 2020 the treasure was found. Jack Steuf, a 32-year-old medical student, was obsessed with the treasure, leaving everything to pursue it. He said, “I think I got embarrassed how obsessed I was with it. Maybe I didn’t want to admit what a hold it had on me.” Few thoughts:

Jesus, in one the shortest parables He told, tells about a man who found buried treasure: “The kingdom of heaven is like treasure, buried in a field, that a man found and reburied. Then in his joy he goes and sells everything he has and buys that field.” (Matthew 13:44) With no banks or cryptocurrency apps, burying one’s resources was not uncommon in Jesus’ day. In Jesus’ one verse story, the person who buried the money must have died, and the field was owned by someone who did not know that there was treasure in his field. A man finds the treasure, reburies it, and liquidates all his assets to buy the field for the treasure. The point of Jesus’ story is clearly not the moral dilemma of not telling the owner. The point of Jesus’ story is that the person who found the treasure viewed the treasure as so valuable that he traded everything else to for the treasure. Jesus and His kingdom are worth leaving everything else for, worth trading everything else in for. Jesus desires to be our treasure, not our tool. He invites us to enjoy Him. He is the only One who is ultimately thrilling and satisfying to our souls – the One who brings true joy and peace.

Jesus is the treasure, but you don’t have to decipher a code to find Him. You also don’t have to work your way to Him. You can treasure Jesus because He first treasured you. God told His people in the Old Testament that they were His treasured possession. He loves you and set His affection on you. Because He treasured you, He made a trade to make you His own. As He died for you on the cross, He traded your sin for His forgiveness.

Previous Post: « Leaders, Pain and Beauty Seem to Go Together
Next Post: How Leadership Is Impacted by God Existing Outside of Time »