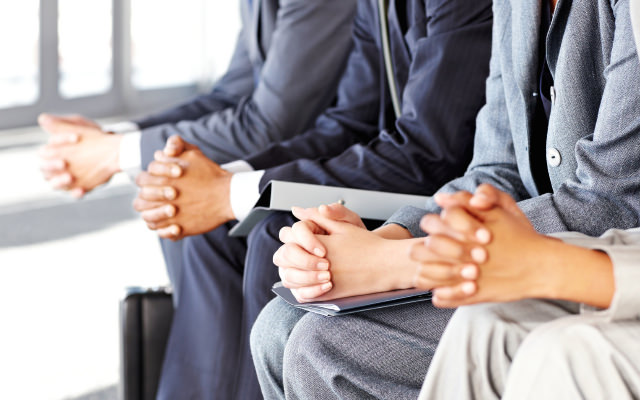 The following comes from Pastor Johnny Hunt. Johnny M. Hunt is the senior pastor of First Baptist Church in Woodstock, Ga., and author of several books, including Building Your Leadership Resume. Since my mid-twenties, Pastor Johnny has been a role model and encourager to me. He loves the Church and loves pastors. I am grateful for his faithfulness, his passion for the Word, and his heart for the world.

Many people want to lead, but few actually do. Many people think they’re leading, but few actually are. Insecurity by its very nature is deceptive. It hides behind many layers of built-up, propped-up self-esteem, working behind the scenes to take us down, to render us irrelevant. In our unguarded, private moments, we know it’s there. But because we’re so reluctant to admit it—to deal with it head-on—we shove it back into its drafty corner, down where it does its dirtiest work in us and, by extension, in our churches and organizations.

It could be said of insecure leaders that they have an “I” problem, as in the following attitudes:

1. “I’m inadequate.”
Not that we all aren’t limited in various ways, but an oppressive sense of ineptitude or deficiency will strip away the lining from the strengths you do possess. A secure leader is not one who thinks he’s invincible, but he’s confident in what he can do. In guarding against overconfidence (which, of course, can lead to stupidity), he doesn’t swing into self-doubt and lose his self-assurance.

2. “I’m incompetent.”
More than a weakness of skill, this is the attitude that says you’re not smart enough to pull off this endeavor, that you don’t possess enough knowledge to do it well. In the biblical sense, knowledge is not the same as book learning. It is simply the wisdom and understanding that’s accumulated through a lifetime of experience. As if that was not enough, God promises to give wisdom to those who seek Him for it. So as a Christian, you have an inside source for all the smarts it takes to lead others in a God-given vision. You are competent because He is your teacher.

3. “I’m inconclusive.”
One thing a leader must do is make sure he understands the vision he wants the people in his organization to grasp. You will not be able to overcome a lack of clarity in your communication with others. Again, this doesn’t mean you never question yourself or take time to analyze things. But once you’ve landed on a course of action, you move forward with confidence in your decision making. You build on beliefs that are unshakable. You settle on where you want to lead.

4. “I’m incomplete.”
So you’re not what people would call the total package? Well, who is? We all need others around us to fill in the weaknesses and inadequacies we each possess. When you begin surrounding yourself with others who can share the load of leadership, are you threatened by their skills and personalities? Or are you thankful to God for people who are well trained and high capacity, people who may even be more gifted than you are? Until you can do that, you will never grow a sound, solid organization because it will always depend too much on one person—you. Be secure enough in your own skin to want others to succeed alongside you.

5. “I’m inconsequential.”
You have been called of God to live a significant life. You are important enough to Him to be filled with talents, to be placed on mission, to be assigned a role in His kingdom. Do not let a whiny sense of insecurity take away what God has so carefully and intentionally invested in you. You matter. You bear a significance born of your Savior’s love and grace. Live it. Lead with it.

6. “I’m inferior.”
One of the most haunting realities of insecurity is the futile attempt of constantly comparing yourself with others. You’ve got too much important stuff to accomplish to be wasting time worrying how you stack up against your coworkers, your friends, or (for goodness sake) total strangers. Seek to be who God created you—you!—to be. Make it your life’s goal to reach your personal, God-given potential.

7. “I’m inhibited.”
It’s always easy to blame your problems on others, on the someones and some things that seem to be holding you back. Barriers and roadblocks are definitely real, but they are obstacles to be overcome, not excuses for failure. No one ever made a go of leadership who stopped just because the path wasn’t clear ahead of him. You’re not inhibited by life’s challenges; you’re inhabited by the Spirit of the living God!