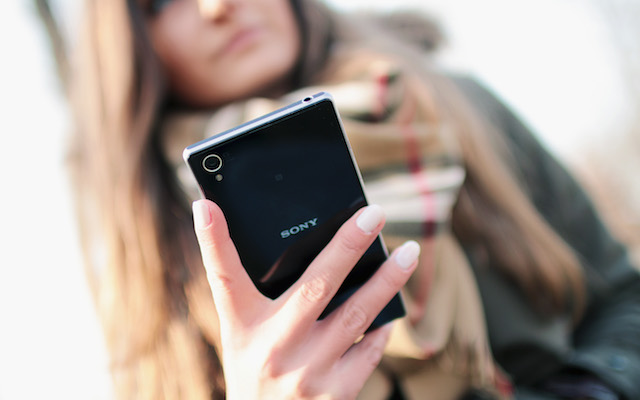 Last week a video of guys reading mean tweets to female sportscasters went viral. [Caution: the language is offensive] The women had read the tweets beforehand, as they likely saw them in their twitter feed in real time. The guys had not read the tweets and were recruited to read them to the women as cameras captured the interactions. As they tried to read the tweets, the guys were dumbfounded, stunned, and unable to look the women in the eyes or continue reading. They were embarrassed, heart-broken, and apologetic. The tweets were cruel, filled with hatred, and laced with sexually abusive language.

As a father of daughters growing up in our culture, it was difficult to watch. The tweets show my daughters are growing up in a world that is deeply broken and flawed. I showed the video to Kaye, my wife, who did not want to finish watching it. The “mean tweets” show us how messed up we are in at least three ways:

The Callousness of a Screen

Hitting “send” on an email or “post” on a social media message can inaccurately feel less offensive, as if the screen numbs the sting of words. Social media can give the mirage of being one step removed from actually engaging the person – as if our words don’t mean as much when they are tossed around online. But the words do matter, including ones typed and posted. The fact that the guys reading the tweets could not look the women in the eyes not only shows that these guys are just better human beings than those who initially tweeted, but also reveals how much more difficult it is to say something harmful and hurtful to someone when you are looking them in the eyes. Cowards lob critiques with a send button that they would never say in person.

The Cruelty of the Human Heart

The above point is not to say the only problem is cowardliness, as if “real men” would have the courage to say those things to someone’s face. Not true. Real men don’t say those things. Some of the tweets were disgustingly cruel and abusive. Just as news around the world often confronts us with the depravity of the human heart, so does this video and so do these tweets. Just as crimes and attacks cause us to shudder, so should the way these women are spoken to. How some men tweet, and thus treat women, gives a painful glimpse of the cruelty in many hearts.

It must not be for those of us who claim to be Christian. As Christians we believe that the only way our hearts can be rescued and transformed is through Christ; Christ takes away our heart of stone and gives us a heart of flesh (Ezekiel 36:26), and proof that we belong to Him is seen in our love for others.

The Confusion Around God’s Creation

Women being treated as less than men is a theological issue. It is a theological issue because God created both man and woman, and He created both man and woman in His image (Genesis 1:26-27). To mistreat any human is to dishonor the Creator and disrespect His wise and creative work. If a guy speaks to a woman in a derogatory way, in a way he would never dare speak to a man, it is a clear indication that he is deeply confused about God’s creation and rebellious towards His design.

As leaders, we must always evaluate how we are speaking to people. If we would not say something in person to the person we are messaging, we should not hit “send” or “submit.” Even if we would say something in person, we should evaluate and be sure our words reflects who He is (the wise Creator who made both male and female in His image) and what He has done (given us a heart of flesh).

Previous Post: « Join Us at the LifeWay Pastors Breakfast at SBC 2016
Next Post: Two Ways to Create Urgency »