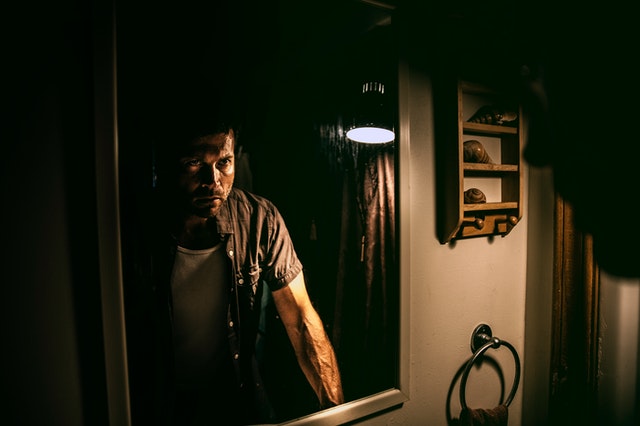 The overarching storyline of the movie and subsequent television series “The Purge” is that government leaders believe if people are given one night a year to release their rage then life will be much better. The thinking by the “new founding fathers” is that repressing our rage is ruining us, and expressing our rage even in violent ways will produce a better society. People are allowed to commit crimes, any crime including murder, one night a year, to “purge” themselves of their wrath. But as the story continues, the purge has a reverse effect. The purge does not muffle wrath; it multiplies wrath. Instead of purging themselves, frustration and wrath only grows within people.

Just a movie though, right? This would never happen in real life, right?

If you spend any time online reading articles or engaging in social media, you likely know that the storyline of “The Purge” is not only a movie. As rage is expressed, more rage is elicited. Rage is being pulled to the surface at such an alarming rate, that many have called this the “age of outrage.” My good friend Ed Stetzer wrote an encouraging book by that title on living in such an age as a Christ follower.

The storyline of “The Purge” created an interesting dinner date conversation with Kaye one night, as we discussed how we would avoid such a crazy event. We debated if we would leave the country for a week and go to a remote island where people don’t “purge” or if we would lock ourselves in a secure room. We concluded it would be a night we would do everything we could to avoid. In much the same way, it is wise to avoid the online purge – where people destroy others, where people seek to humiliate those with a different perspective than their own, and where unholy anger and hatred can quickly multiply. (I am making a distinction between holy anger towards things that violate the character of God and unholy anger which is centered on our own pride and perspectives). Here are four ways to avoid “purge night” (which is every single day) online:

1. Understand that Outrage is an industry.

2. Don’t get stuck in an echo chamber.

Perhaps the worst place to be on the fictional “purge night” would be a chamber where you cannot escape. An online or media “echo chamber” is where some people live. They only listen to or read stories from people who will further crystallize their feeling of being right about any particular issue. If you already agree with every person in your feed and every article you read, you are in an echo chamber. If every person you listen to has the same view on what a Co-Vid response should be, you are living in an echo chamber. If you go to sleep each night watching Tucker Carlson or Anderson Cooper you are likely in an echo chamber, hearing only one perspective consistently. And your anger will likely grow. To leave the echo chamber, read and listen to thoughtful people with different perspectives. When we do, we are reminded that there are sincere and smart people who love Jesus who think differently. We show respect for them when we listen to them.

For the Christ follower, our ultimate Teacher must be Jesus. A news outlet must not become our church, and a media personality must not become our Teacher. Try this for a few nights. Go to bed reading Scripture. You will wake up much happier than if you go to bed watching or reading news told by people who live with the pressure that their success rises as our anger rises.

3. Stay away from the really angry people.

The most foolish people in the fictional “Purge” are those who stay roommates or friends with people who are perpetually angry, with people who look forward to “purge night.” If someone keeps sending you messages to incite you, block the person. If a person you read makes you angrier every time you read the person, stop reading the person. If you find yourself filled with frustration every time you watch a particular news show, stop watching. You can find ways to be informed without being angered. Perhaps the really angry people will change when the circumstance (CoVid, election, etc.) changes. We can give them our online ears again then, but on purge night don’t hang out online with those consumed with rage.

4. Bear fruit in keeping with repentance.

Most importantly we should seek to bear fruit in our lives and in our interactions that shows we belong to Jesus. Jesus commands us to “produce fruit in keeping with repentance” (Matthew 3:8). The fruit of following Christ is not hatred, misery, angst, impatience, meanness, brashness, rage, and uncontrolled outburst of anger. The fruit of the Spirt is love, joy, peace, patience, kindness, goodness, faithfulness, gentleness, and self-control (Galatians 5:22-23).

Previous Post: « Your Job Has Changed and How to Hire Yourself for It
Next Post: 4 Types of Churches in Dealing with Political Issues »